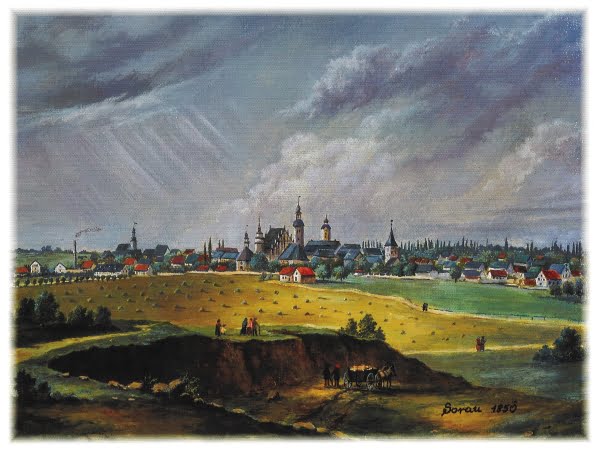 When around 1207 the knight’s house of Dewins gained the ownership of the settlement of Żary, the place had already had a long history which dated back to the late Palaeolith. As early as in the 1007, in the relation of the German chronicler Thietmar appeared the first mention of the tribe of Zara, inhabiting the areas incorporated to the state of Poland by Bolesław Chrobry.

From that moment till the present day Żary has undergone various changes connected both with changes of national status and changes of owners, participation in great European events and processes which shaped the face of those times. Participation in all historic episodes shaped not only the spatial landscape of the town but mainly influenced the mentality of its contemporary citizens who by solicitous care for their ancestors’ heritage are trying to work for good record of their presence. The effect of their efforts is versatile development of contemporary Żary – one of the biggest towns of the southern part of Lubuskie province, the capital of Polish Lusatia.

After the location of the town under the Magdeburg Law in 1260, further important for the center landmarks began to appear within the town walls, i.e. the parish church under the name of the Holiest Heart of Jesus Christ, the church of Crucifix Elevation and town gates, which have been preserved up to this date. The most characteristic building of the town – the Rennaisance castle of the Bibersteins was built at the beginning of the 16th century on the spot of the former seat of the owners. It was the landmark of the house, which led Żary to economic boom, making it an important center of clothing, cloth-manufacturing and brewery industries, with developing trade and the right to mintage of its own coin. Even more important for the town was another change of ownerships in 1558. The house of Promnitz managed, after the period of economic crisis of the times of the 30-year war, to introduce the town of the 18th century into prosperity time, called ‘the Golden Age’. Especially profitable for the spatial development of Żary appeared to be the rule of Edward II Promnitz. At the beginning of the century, he ordered a thorough rebuilding of the town, submitting it to the emerging palace-park complex. It was then that the castle of Bibersteins was joined by the Baroque palace of the Promnitzes. This outstanding patron invited to the court of Żary intellectuals and representatives of culture and art, including a musician and composer Georg Philipp Telemann, who included elements of Polish folk music in his works. 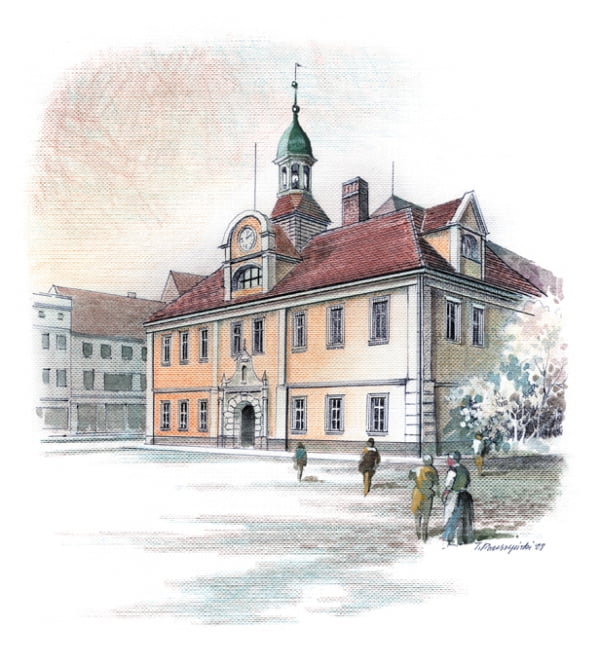 The transition of Żary under the Prussian rule in 1815 introduced the town into a different political situation, whose main feature were rapid capitalistic changes. New factories, among others G. Frenzl, Martin & Co., Bornmann & Thurm, A.F. Neumann led to the increase of trade turnover of the clothing production, which was the recognition mark of the town in the world. The town was connected with Berlin and Wrocław by motorways and railways, new housing settlements were built, education was developed. The dynamic development of Żary was interrupted by the events of the World War II.

Nowadays, the town with nearly 40,000 thousand inhabitants is an important economic and cultural center. The town industry, apart from 5,000 small companies, is concentrated within big factories, in which both foreign capital (e.g. Kronopol, Saint-Gobain, Karmann Ghia Żary, Pol-Orsa, M.K., Magnaplast, Spomasz, Multimon) and Polish capital (Hart SM, Relpol, Poli-Eco, Hydrobiel, PKS S.A.) play an important role. The main industries are wood, glass, building, car and PCV processing. The town is famous in the world and in the country for rock concerts ‘Woodstock Stop’, in which in years 1997 – 2003 altogether approximately 1.5 million people took part. Due to the involvement on the part of citizens and town authorities, various events are organized in the town. Those that should be mentioned are both well renowned events such as the Telemann Festival or the Memorial of Tadeusz Ślusarski, and those which are gaining the pan-local popularity, i.e. Days of Żary, ‘Eurosilesia’ Festival, theater contests, international meetings with art and many more.