State Music School of the first grade founded in 1976 has been one of the most important culture centers in the town. Since 1989 it has been situated in the building in Wojska Polskiego Avenue 2a. In 2000, by the initiative of its headmasters – the former one Roman Jaworski, M.A. and the present one Waldemar Wolski, M.A. the school was given the name of the outstanding baroque composer Georg Philipp Telemann, who spent a few of years of his life in Poland serving, among others, in the years 1704 – 1708 as the band director at the court of Erdmann II Promnitz in Żary, writing compositions based on Polish folk music.

Currently, there are about 130 students at the school learning to play musical instruments and being taught by 20 teachers. In the State Music School there are also 6 administrative and service employees.

The school has the following instrumental sections:

Students also have the opportunity of playing in chamber bands such as: 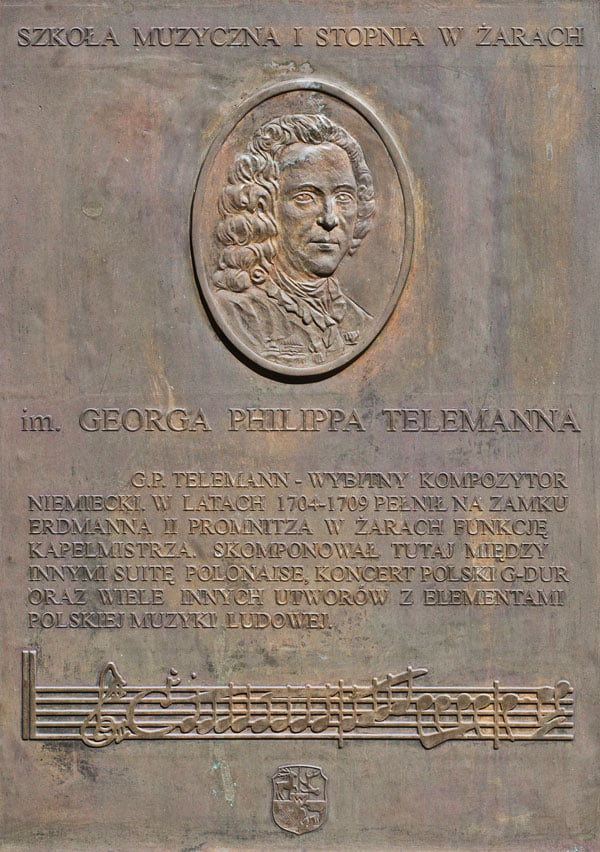 Apart from educational activity, the School promotes classical music by organizing annually about 40 concerts in favor of the community of Żary. The State Music School actively participates in the life of town and is present at many artistic events such as for example “Days of Żary”, “Great Orchestra of Christmas Charity”, “Days of the Senior” and many others. With its concerts it appears in schools, kindergartens and social care centers. It also creates the artistic setting of state and church festivals. It constantly cooperates with the Culture Center in Żary, especially by organizing the Telemann Festival, which is the artistic visiting card of the school and the culture festival of Żary.

The Music School of Żary creatively cooperates with German schools – since 1992 with Musikschule Weißwasser, with which the cooperation has developed especially after 2000, and since 2000 with Konservatorium G. Ph. Telemann from Magdeburg. Polish and German students meet a few times a year at concerts (so far there have been over 50 such meetings), and since 2002 common music camps have been organized in the summer and winter, during which young people and their teachers not only play together in chamber bands, but also make new friends, learn the language of their neighbors and also sightsee the tourist attractions of the region.

The Music School is also involved in projects based on programs run by the Ministry of Culture and National Heritage and the Polish-German Youth Cooperation. On May 11, 2003 an agreement concerning cooperation between the State Music School in Żary and the conservatory in Magdeburg was signed, and in January of 2005 the school signed a partnership agreement with Musikschule Weißwasser.